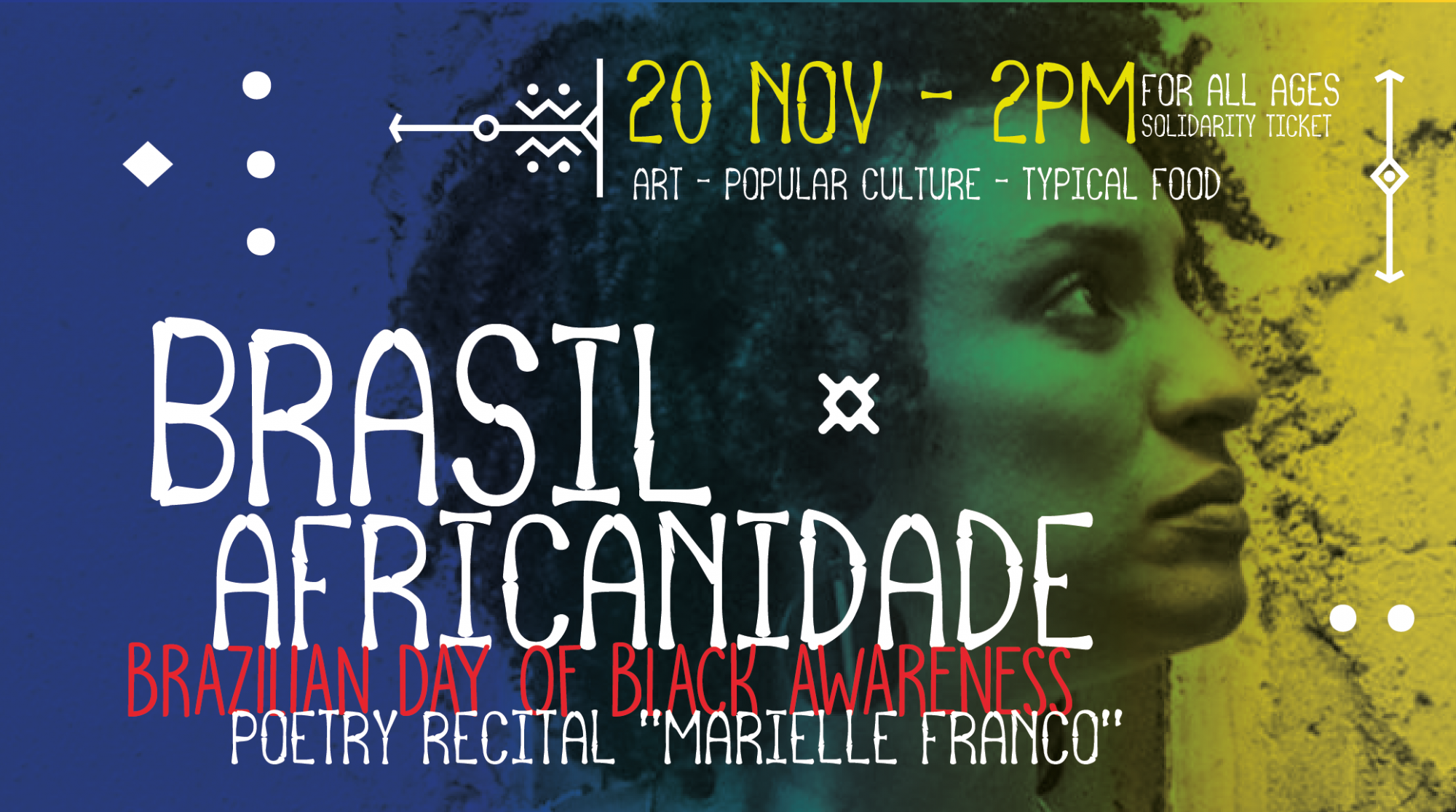 Day in which the African presence in Brazil will be celebrated and its influence in culture, art, cuisine and language. There will be several activities for all ages.
It will also be the moment to celebrate the victory of President Lula in the last elections.

HISTORY
Black Awareness Day or Black Consciousness Day (Dia da Consciência Negra) is observed annually on November 20 as a day “to celebrate a regained awareness by the black community about their great worth and contribution to the country. The figure of Zumbi dos Palmares is especially claimed by the black movement as a symbol of all these achievements, so much so that the law that established the Day of Black Consciousness was also a result of this claim. Zumbi’s name, inclusive, is suggested in the National Curricular Guidelines for Education of Ethnic-Racial Relations and for the Teaching of Afro-Brazilian and African History and Culture as a personality to be addressed in elementary school classes as an example of the struggle of black people in Brazil.

MARIELLE FRANCO was a Brazilian politician, sociologist, feminist, socialist and human rights activist. On 14 March 2018, while in a car after delivering a speech in the north of Rio de Janeiro, Franco and her driver were shot multiple times and killed by two murderers travelling in another vehicle.

Franco had been an outspoken critic of police brutality and extrajudicial killings, as well as the February 2018 federal intervention by Brazilian president Michel Temer in the state of Rio de Janeiro which resulted in the deployment of the army in police operations